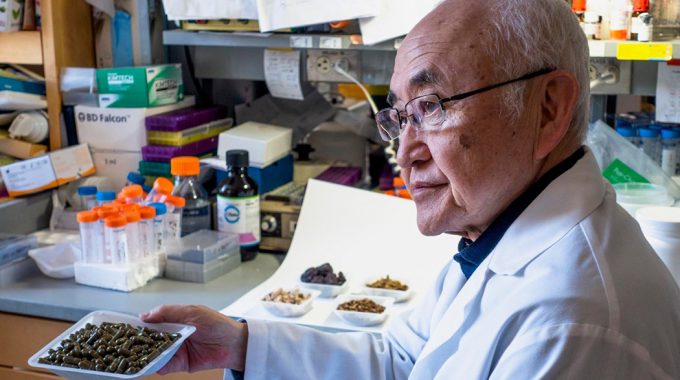 ROCKVILLE, MD – The first patients have been dosed in a multi-regional Phase IIB randomized, placebo-controlled clinical trial for the treatment of hepatitis B-associated liver cancer. Being tested in the first line setting is a first-in-class botanical drug candidate, YIV-906 (also known as PHY906 and KD018), whose development has been supported by the National Foundation for Cancer Research (NFCR) for two decades.

Patients began enrolling in the United States and Taiwan, with Hong Kong and Mainland China to follow. If, following these and future Phase III trials, the drug is approved by the U.S. Food and Drug Administration (FDA), it would be the country’s first authorization for usage of a purely botanical cancer drug and usher in a new paradigm for drug discovery.

YIV-906 is an immune-enhancing and cytoprotective cancer therapeutic candidate which received orphan drug designation by the FDA in 2018 and that in preclinical studies has demonstrated:

It is now being clinically tested in combination with sorafenib, which when administered as a monotherapy is often effective but causes dose-limiting side effects that result in one in three patients at least temporarily choosing to discontinue use. In early-stage Phase I/II trials in liver, pancreatic and colorectal cancers, YIV-906 has demonstrated safety and promising efficacy, with the potential to improve survival and quality of life for patients.

The developer of YIV-906, Yung-Chi Cheng, Ph.D., Henry Bronson Professor of Pharmacology at Yale University, has been an NFCR-funded researcher since 1991. He has discovered or developed four approved small molecule drugs for the treatment of hepatitis B, cytomegalovirus and AIDS. Dr. Cheng is a pioneer in pharmacology who is applying a systems biology approach to botanical medicines that address complex aging-associated diseases. He and his laboratory are employing rigorous modern human drug validation principles and bioinformatics to learn from traditional medicines, and mechanism-based quality control to manufacture consistent complex mixtures.

Over the past two decades and with NFCR support, Dr. Cheng has transitioned his focus from small molecule to botanical drug discovery. By mining human experience of botanical medicines—including traditional Chinese medicines (TCM)—using modern technology and techniques, he has developed the STAR (Signal Transduction, Action and Response) Discovery platform. Among Dr. Cheng’s most intensively reviewed and extensively published research has been that on YIV-906, the proprietary formulation of four herbs which he has been studying since 1999 that is now under clinical review.

The FDA created a new regulatory pathway for botanical drugs in 2004 and updated its Botanical Drug Guidance in 2016, creating new opportunities for botanical therapeutics—provided they demonstrate efficacy, safety and consistent batch-to-batch manufacturing.

Over the past 29 years, NFCR has provided more than $1.8 million in basic cancer research funding to Dr. Cheng’s lab at Yale University. The organization has also provided an additional $200,000 in translational cancer research funding to help develop the lab’s proprietary botanical drug quality control and monitoring platform for complex mixtures.

“We are excited about the start of multi-country Phase II clinical trials for YIV-906 and optimistic about its potential to improve the lives of cancer patients, as well as its vanguard role in possibly ushering in a new era of treatment—a convergence of Western and Eastern medicines” said NFCR President and CEO Sujuan Ba, Ph.D.

“The National Foundation for Cancer Research has long differentiated itself from other organizations through our longstanding commitment to scientists and the flexibility we allow these innovators to explore truly untrodden ground,” Dr. Ba continued. “We are very proud of standing firmly with Dr. Cheng in his decades-long quest to apply what he has termed ‘WE—Western and Eastern—medicine’ to cancer therapeutics.”

“The National Foundation for Cancer Research has provided invaluable support to my research for several decades,” stated Dr. Cheng. “I also know that NFCR shares my hope that the fruits of my lab’s efforts can be demonstrated through a new paradigm to prevent, treat and cure cancer and other complex aging-associated diseases.”

About the National Foundation for Cancer Research

The National Foundation for Cancer Research (NFCR) is a 501(c)(3) non-profit organization that provides scientists in the lab the funding they need to make and apply game-changing discoveries in cancer treatments, detection, prevention and, ultimately, a cure. NFCR has distinguished itself by emphasizing long-term, transformative research often overlooked by other major funding sources and/or deemed too risky. Since its establishment in 1973, NFCR has provided more than $380 million for cancer research and public education. For more information, visit http://www.nfcr.org.

The 2023 AIM-HI Women’s Venture Competition is Open for Applications!

Have you heard? The application for the 2023 AIM-HI Women's Venture Competition is now open…

The AIM-HI Accelerator Fund (AIM-HI), together with our partner organizations, the National Foundation for Cancer…