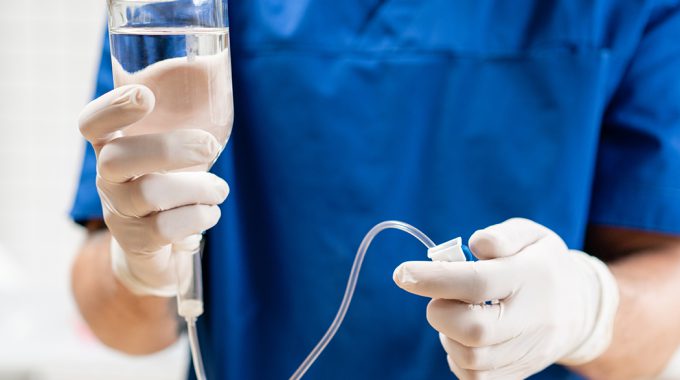 A drug and drug delivery candidate technology, research into which has been funded by the National Foundation for Cancer Research (NFCR), has recently been approved by the U.S. Food and Drug Administration (FDA) for the initiation of human clinical trials. The regulatory body accepted the Investigational New Drug (IND) application for ST-001, a unique intravenous (IV) nano-delivery system of the off-patent synthetic chemical compound fenretinide, for the experimental treatment of patients with T-cell non-Hodgkin’s lymphoma.

Fenretinide is a small-molecule which past studies have shown to be both safe and have cancer mitigating qualities. However, heretofore it has not been approved as a cancer therapeutic, largely due to the challenges of delivering it in adequate doses to tumor cells.

The molecule is highly hydrophobic, meaning poorly soluble in water. Therefore, the clinical use of fenretinide as a cancer therapeutic by itself is limited—that is, unless delivered to cancer cells in a manner via which the molecule’s insolubility will no longer be problematic. Existing technology has not yet solved this problem.

However, funded in part by an NFCR grant, a unique nanoparticle-based IV delivery system has been developed which shows promise in being able to address the insolubility challenge and administer therapeutically effective high doses of fenretinide. Phase I clinical trials for its safety are expected to begin later this year at the Rush University Medical Center in Chicago.

NFCR’s translational research support helped advance the cancer treatment technology, developed by scientists including the U.S. National Cancer Institute’s Ralph Parchment, Ph.D., to this crucial IND acceptance stage. Additionally, optimism for the prospect of the upcoming trials’ successful outcome is justified by earlier research on fenretinide conducted and published by multiple scientists, including Dartmouth College’s Michael Sporn, M.D., a former NFCR project director, showing the drug to be safe in humans after long periods of use.

“The acceptance by the FDA of ST-001’s IND application underscores the importance of research—basic and translational—in the battle against not only lymphoma, but all forms of cancer,” said NFCR President and CEO Sujuan Ba, Ph.D. “It’s only novel research that can result in game-changing treatments for patients.”

About the National Foundation for Cancer Research

The National Foundation for Cancer Research (NFCR) is a 501(c)(3) non-profit organization that provides scientists in the lab the funding they need to make and apply game-changing discoveries in cancer treatments, detection, prevention and, ultimately, a cure. NFCR has distinguished itself by emphasizing long-term, transformative research often overlooked by other major funding sources and/or deemed too risky. Since its establishment in 1973, NFCR has provided more than $380 million for cancer research and public education. For more information, visit http://www.nfcr.org.

ROCKVILLE, MD – The co-founder and CEO of the AIM-HI Accelerator Fund will chair a…

Oncoheroes Biosciences, currently working on the clinical development of volasertib, a potential new drug for…