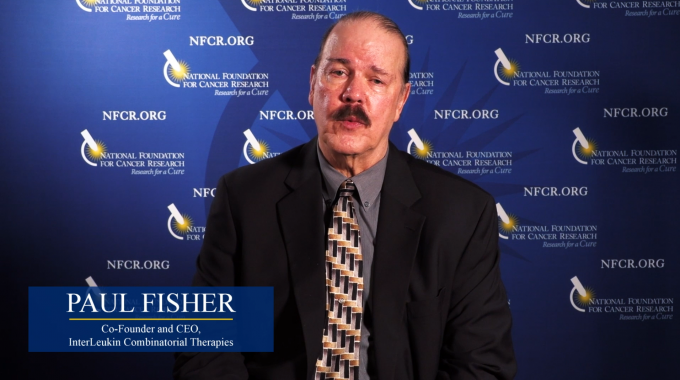 Paul B. Fisher, M.Ph., Ph.D., co-founded InterLeukin Combinatorial Therapies with hopes of developing a product that destabilizes and kills cancer cells. The Director of Virginia Commonwealth University’s Institute of Molecular Medicine, Fisher represents a world-class scientist with knowledge also of how to translate basic science discoveries into drugs benefiting patients.

Additionally, he is a true entrepreneur.

Fisher was founder and director of GenQuest Incorporated, a functional genomics company which merged with Corixa Corporation, traded on NASDAQ and was acquired by GlaxoSmithKline. He too co-founded Cancer Targeting Systems and InVaMet Therapeutics.

“I think I was born into the entrepreneurial spirit,” Fisher says.

Throughout his career, Fisher has focused on learning how to manipulate cells in order to figure out their function in cancer. The interest started as a desire to create improved technologies for treating metastasis, which is the spread of cancer—which is responsible for 90% of cancer deaths.

Fisher co-founded InterLeukin in 2017, starting with a translational grant from the National Foundation for Cancer Research (NFCR). It has since received investment from the AIM-HI Accelerator Fund.

InterLeukin pursues one of the most devastating and difficult cancers to treat, glioblastoma (GBM), a form of brain cancer that has a high death rate and high rate of recurrence after surgery. The company is using an advanced technology, cancer terminator viruses, to treat it and other cancers.

Fisher’s company intends to develop an effective treatment for those patients who have had surgery for GBM and yet have had the tumor return. And the start-up’s focus has now expanded to other areas, as the viral approach it is pioneering for GBM may be effective for melanoma (a skin cancer) and cancers of the breast, prostate, liver and more.

InterLeukin recently received over $700,000 in funds from a State of Virginia program: Virginia Catalyst. These dollars were generated as a match to AIM-HI’s 2019 investment into the company and will advance its pre-clinical testing and targeted clinical trial efforts.

Additionally, speaking of NFCR, “It’s a group of outstanding scientists,” he states. “And I’ve been really fortunate to be involved with them.”

2021 Highlights: Thank You for Supporting AIM-HI to Accelerate a Cure!

We have great news to share! The 2022 AIM-HI Women’s Venture Competition is Now Open…